So, it is still all about the shoulders?

Demna Gvasalia, creative director of Balenciaga, first re-introduced the extended and accentuated shoulders in his Fall/Winter 2016 collection. It was Demna Gvasalia’s first collection for the brand and it truly became Balenciaga’s, as well as Gvasalia’s, trademark. Although, how is it that, in an industry which is defined by change and reinvention, a wide shoulder can still feel interesting three years later?

Since that first collection in 2016, the shoulders have only gotten bigger and bigger. During Balenciaga’s most recent show, models walked down the runway wearing garments with shoulders larger than life itself. However, it doesn’t come as a complete surprise that they only keep getting wider, the style of the 1980s has after all been lurking in the background for quite some time now and the next couple of seasons might then be the last we see of the emphasized shoulders for this time around, but hey, let’s at least go out with a bang in true ’80s fashion?

As we all know, fashion is forever cyclical and it typically brings everything to its extreme before it rejects it as “outdated”, only to return to the complete opposite of the previous trend, which in this particular case would be in the favor of simpler and more tailored silhouettes.

Moreover, several of the shows for Spring/Summer 2020 suggest that we are going even further back in time for future fashion references and that the boxy and exaggerated statement shoulders eventually will be replaced by the sleek and neat style of the ’70s era. 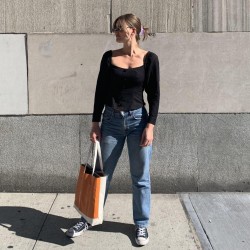 Frida Rosenqvist is a New York-based Swede who, besides contributing to Hobnob, is in her last semester at The Fashion Institute of Technology. Frida is in an unhealthy relationship with brunch and is always looking for the perfect vintage Levi’s. 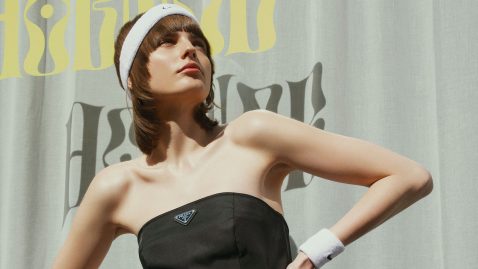 A Story About Light

Guide To Engelberg: The Snow Paradise 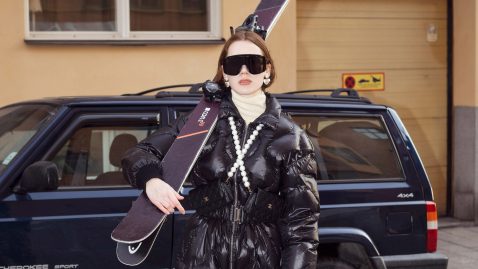 Which Way To The Après Ski?