They Created Old Man Repeller To Keep The Community

When Siân and her friend Grace saw how the fashion community and cyber magazine Man Repeller started re-branding and changing direction of content they joked with each other that someone should start Old Man Repeller to preserve the soul in what used to be kind of like an open mic night for fluffy shoes, color block teddy coats and clogs. The joke went as far as actually starting it and in a month over 15.000 Old Man Repeller fans found their way to the account.

Being one of those followers I just had ask the duo about their favorite looks and why Man Repeller has meant so much to them.

Why did you start the account Old Man Repeller?

Siân: I saw the news break about the rebrand first because I’m in the UK but Grace was asleep (in Australia) at the time so I DMed her the post for when she woke up.

Grace: After the initial shock of the rebrand, trying to hide my sadness I started making jokes about creating @oldmanrepeller because we both believe it was iconic and loved as @oldceline. After joking, we decided to do it, mainly for our own enjoyment.

Siân: Now, it’s morphed into archiving all the LEWKS but also the voice of Leandra through sharing some of the thought-provoking articles from the last decade. We hope to (when we chill out a little about how fast it’s growing) inspire and provide a space on the internet for the community of man repellers who are sort of missing a home now.

When did you join the Man Repeller community?

Grace: I started reading Man Repeller in about 2012-2013 when I was 17 years old. I’d always loved fashion and probably in my head thought I was quite outlandish but never quite felt comfortable wearing it. After reading Man Repeller for a few months I really developed a lot more confidence both in my personal style and myself, it was like a little push to be more courageous. Now I wear clashing everything and don’t think twice about it.

Siân: I Started a little later than Grace, maybe 2014-2015 when I started uni and was discovering new brands/blogs every week. Before then I’d always like to stand out and express myself with clothes, I remember when I was 17 rocking up to college in a bright red coat and clashing colours underneath feeling super individual, I’m a Leo I like the attention. MR was a place online where I saw a style I could relate to, the, “I‘m wearing this for me” attitude.

When did you see Man Repeller turning into something else than it once was?

Siân: Back in June, there were a lot of changes happening online and offline, and rightly so, there was a shift and Man Repeller was not unaffected by it. After criticism, Leandra chose to step down and from there we lost the core of the brand. It always felt like an intimate conversation and since then, especially after the rebrand, it turned into a one-sided dialogue.

Grace: I started noticing a few years ago as the staff at MR expanded obviously the content did also. I definitely enjoyed it although you could feel it moving away from a personal blog to an online editorial publication.

One of my favourite times with MR outfits is during summer. I loved bringing back Dr Scholls (soooo practical) and this whole look reminds me of Texas in the 1970s with a little sprinkle of preppy. It’s such a simple lewk but so interesting!

No one does layering as good as Leandra does, this outfit is so chic but so daring and shows anyone they can still pull off a sexy vibe even when repelling. The perfect first date lewk if you want to scare off the wrong man, and of course we do.

If there is one thing Leandra did well, it was swimwear as day to day city wear. The whole thing is incredibly confusing – cat eye glasses, a book clutch, a dress inspired by Ukrainian folk dresses and to top it all off she is walking down the street barely clothed. This is such a beautiful example of Man Repelling.

BOYS UNDERWEAR!! Seriously who would have thought it to be possible? This was so mad It’s just iconic. And we now get to wear patterns that were never meant for us, planes, trains, and automobiles. CHIC.

This lewk is quite self-indulgent, but I’ve chosen purely for the skirt. This skirt I have been thinking about for years and I will dedicate myself to finding it on resale sites. It has inbuilt shorts that are revealed through the (very) thigh slit. Any other example of man repelling in action – a traditionally sexy silhouette, but in patterns and styled in ways that screams “I DRESS FOR ME, MYSELF AND I!!!”

The winter essential!! I truly believe this is the only appropriate look for NYC in the winter. When I visited, early 2015 I packed based on what I saw NYC influencers wearing, I was MISLEAD. NYC is cold in February. Then a few years later Leandra came out in a balaclava, proving to me she was the only person I could trust to be honest when it came to dressing weather appropriately. This lewk makes mums all over the world rejoice because now we want to wear the items that they’ve been telling us to for years that mean we won’t freeze to death or “catch a cold”.

You have built quite the following in a very short amount of time by posting old Man Repeller images, what do you feel like people are missing about the Man Repeller that once was?

Grace: I think people are craving authenticity and imperfection. A lot of Instagramming now is incredibly perfect and curated, whereas Leandra’s style (by her own admission) isn’t perfect, it’s undone and it’s what makes her feel good. I think people can feel that energy through the photos.

Siân: From what I’ve noticed when looking through the comments, people miss the feeling of Man Repeller being a personal style blog. We only really post Leandras outfits and her old Point of View articles, they get the best response and it starts up some interesting conversations. A popular opinion these days is “people don’t read blogs anymore”, but I’m sure a lot of the MR community would agree that we’d still be reading Leandras, because there’s nothing else like it. So we repost!!!

Now that Man Repeller is discontinuing will you keep Old Man Repeller for the cyber world to remember all skirts over dresses and love stories about going-out tops?

Absolutely, we want to create the most comprehensive archive of Man Repelling inspiration on the internet. 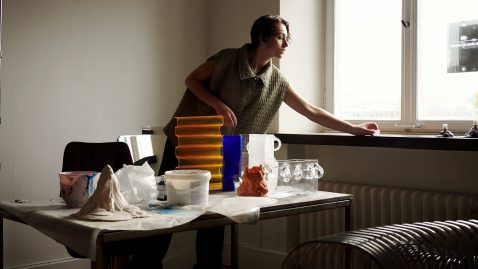 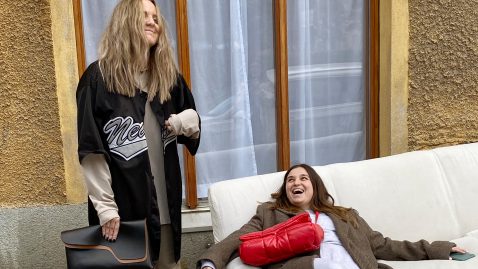 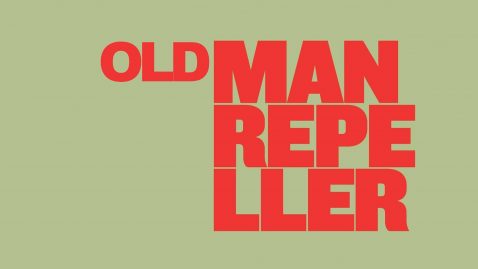