Alva Bratt; It’s all about the women

And the shoulder padded jackets.

There is something exceptionally remarkable about the new-era it-girl Alva Bratt. Starring in hit series “Eagles” as Felicia, the influencer daughter of a former NHL legend, made the whole country ask themselves who this deer-eyed, whirlwind stunner might be. Well, you’re about to find out as Michaela Hamilton met up with her for a chat about expectations, style and the industry at large.

“It’s a little weird to be called an actor still”

MH So, you’re an actor now. How is that for you?
AB It’s a little weird to be called an actor still.

MH But isn’t it what you do?
AB It is… It’s what I’m lucky enough to do at the moment, yes.

MH Why, don’t you call yourself one?
AB No, I mean I try to, but every time I do I feel like it’s too complex, like I’m not really ”there” yet.

MH When would you say that one is ”there”?
AB I don’t know. I come straight from majoring in drama in upper secondary school and I have two IMDB credits to my name. So my reasoning is that it’s too early for me to say that it’s what I do.

MH So doesn’t that make you an actor?
AB Yes, well. Yes, but I feel weird saying it to people. I’d never claim it in front of an established actor. I’d never be like… ”Yeah I’m just like you, I do what you do, I’ve done some stuff…” not at the moment, at least.

MH How do you see the movie industry as a whole?
AB It’s a mix, I guess. It’s hard, it’s fun, it’s… special. It doesn’t really resemble any other occupation, really.

MH And it’s also a fairly special industry for women, or at least it has been. What are your thoughts on the feminist awakening that’s been happening with ”#metoo”?

AB So for me, I’ve managed to time my entrance fairly well. My older, female colleagues have been paving the way for me and for the younger generation. Just six months before my first acting job, the ”tystnad, tagning” appeal was happening at Södra Teatern. Apart from what I’ve heard, I don’t personally know how it was before that, but I truly hope we’re breaking new ground and that it stays that way. When there have been scenes I’ve felt uncomfortable doing, I’ve never experienced any resistance or discontent, on the contrary. However, I remember doing this fashion shoot about a year ago where the stylist was kind of rude and bothered because I didn’t feel happy about shooting in a thong and a high-slit skirt. I had to argue for my cause. But I do believe that it’s been excellent for all the conservative men to be limited by the zero tolerance by the public and the media. Those who still linger within the industry can’t get away with their behaviour anymore, and that’s great, that’s exactly the way it should be.

MH That’s true. As you mentioned, you’re quite new to the industry. What kind of pressure do you feel has been put on you? Is it mostly coming from you?

I’m very self-critical, and I think I always will be. And I feel pressure because of wanting so much.

MH How does it affect you?
AB I’m never really pleased, and I have a hard time listening to other people telling me I’m doing something well. But it’s a day-to-day thing. I’m becoming better at handling it, but at the same time I feel like I can fall right back in it. I think everyone can relate to that in a way.

MH I heard you say in a lecture with your on-screen brother, Edvard Olsson, that you’re both sometimes waiting for someone to “call you out” on your bluff. What’s that about?

AB Sometimes on set, it felt like, okay, I have this huge role and if someone would’ve asked me there and then – how does acting work? How do you do it? I’d answer differently every time. I guess it’s because that’s how it is for me – it works in different ways on different days since I’m still learning a lot, but there’s no real right or wrong in how someone goes about acting. What I’m saying is that it’s an occupation, just like being a doctor is one, but a doctor has been to medical school for ages where there’s this exact method that needs to be followed. Acting is more individual, and some people are educated in it and some aren’t.

“How does acting work? I answer differently all the time”

MH How does one cope with that?
AB I have no clue. Just go with it, I guess. It’s not like I’m constantly in that state of mind, but I’m not enjoying watching myself either. I’d rather watch my colleagues. I have this feeling that you’re sort of supposed to think that way about yourself. That it’s a part of “jantelagen” to not fully like what you do. That’s just sad.

MH Speaking of watching colleagues, you have a lot of older role models and cultural references. How come?

AB I’ve always been precocious. I’m brought up that way. I got hooked on old movies and eras, probably similar taste wise to those born in the 30s and 40s, because there’s something very comforting in the way those movies are made and how they are acted out. The aesthetics, really. Their humour, mostly the women’s, have always fascinated me. It’s mostly the women; I have a harder time idolising the men for some reason.

“I got hooked on old movies and eras, probably similar taste wise to those born in the 30s and 40s, because there’s something very comforting in the way those movies are made and how they are acted out”

MH What is it you see in these women?
AB I think it’s their experience and their vulnerability. They can be pretty when being ugly, because they expose themselves in that. And they can be vulgar and there’s something free in that.

MH Do they inspire you style wise too?
AB Fashion is important to me and I love dressing nicely. I’d say fashion has played an important part in my upbringing since my parents work with design and visual communication. They taught me a lot about style and I trust their aesthetic opinion. There’s not a piece of clothing I own that they don’t know about.

Thanks to Sparrow Hotel and Nathalie Schuterman.

MH Let us in on a typical Alva Bratt outfit.
AB Right now, it’s an 80’s look combined with the butchness of the 1920’s, so a lot of shoulder padded jackets and loose shirts with oversized lapels. I just haven’t figured out the shoes for it yet. I’ll get back to you when I do.

MH Please do. What’s next for you now?
AB I’m about to shoot season two of Eagles. But other than that, I don’t really have any plans. I’m wandering about a lot. 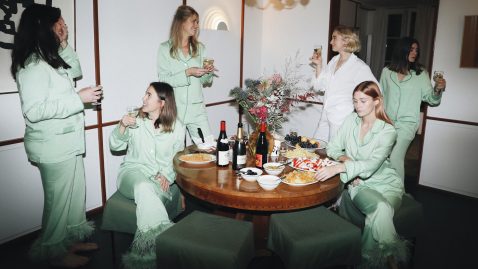 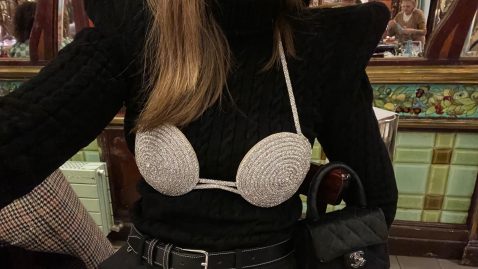 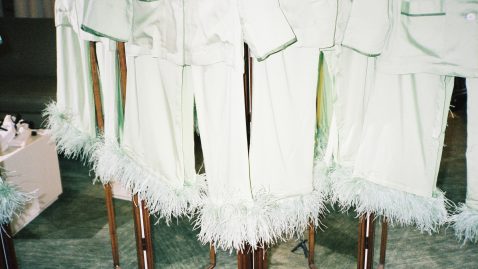 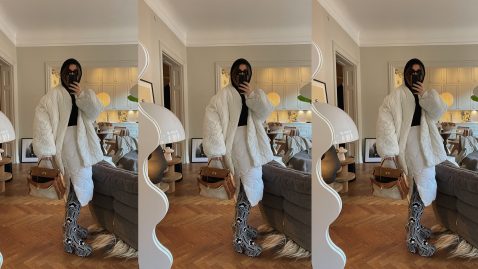 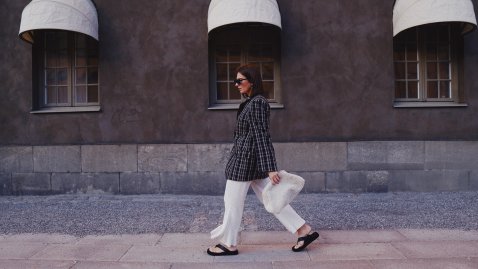 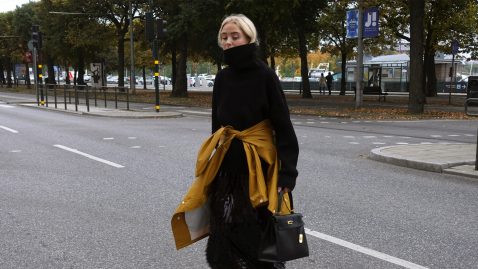